Can you imagine your way to success?

After Novak Djokovic won Wimbledon for the fifth time, he credited the power of his imagination.

"I always try to imagine myself as a winner," said the champion, as he also stressed the importance of mental and emotional strength. Research shows the technique of "imagery" brings real results, and can "absolutely" help people in everyday life.

"It's one of these untapped skills that almost every human being can use," as there is "tons of research" on the power of imagery in normal life. "Generally we can all capitalise on this and the more we use it, the more we can improve it."

Essentially, the technique of "imagery" involves creating or recreating an experience in your mind. It is one of the core techniques used by athletes in sports psychology.

There's a large body of evidence that shows more successful athletes are more likely to use it and more likely to have used it when they are quite young.

I uses imagery in my work with professionals from a range of disciplines, says it can sometimes "feel a bit silly" - but those who take it seriously really benefit. Research shows the more realistic you are able to make it, the more it works. It is about being able to incite the smells, the senses.

For example of a CEO who might often lose their temper in a meeting, slamming their hand on the table.

"We would work on when you feel that trigger, the hot button. And we start to write an 'ideal scenario'. "For example: 'Usually this would set me off doing XYZ, but in this scenario what I want to do is take a deep breath.'"

Dr Perry creates a "script" with the sports player - often in real time - about how they want to behave in that situation, before recording it on their phone and listening back to it regularly.

"We want this to be as realistic as possible," says Dr Perry. "Write what you see, hear, feel, taste, smell. "If you're on a golf course, you can smell the freshly-cut grass. You can see the flag at the end."

Dr Perry says she has also used the technique with marathon runners, to prepare them for the 18-22 mile point where they may be struggling and low on energy.

"We'd get the athlete to watch stuff on YouTube on that specific point. We'd go through a map and look at what was on the right, on either side."

Could sports psychology work for me?'Konta has no issue as favourite'

She says the runner's script would read something like: "I have run under the banner, to my left I can see a set of toilets, to my right is the water filling station. My friend is at mile 19."

One of her clients, a trampolinist, created a script of their whole routine - even adding in the sound of the cheers. Another, an ultra-runner, was scared of going downhill so they worked on imagining the process together.

Imagery is useful, adds Dr Perry, because there is no real-life practice for eventualities such as losing your temper or endurance runs, where you must limit training for fear of injury.

She also used the technique with medical students preparing for practical exams. 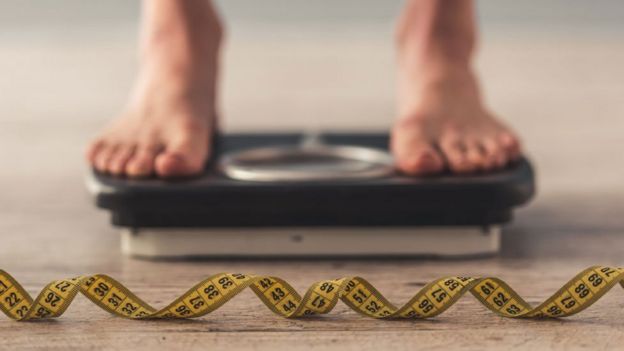 "They knew all their stuff," she says. "The nerves on the day stop them knowing what's in their gut, and make them question everything... Imagery is really good for something like that, you can get through a situation with confidence."

And a study last year from the University of Plymouth also found mental imagery helped overweight people who were trying to lose weight.

"Not just 'imagine how good it would be to lose weight' but, for example, 'what would losing weight enable you to do that you can't do now?" said Dr Linda Solbrig who led the research. "What would that look/sound/smell like?', and encourage them to use all of their senses."

"What we think happens is that when you image, similar areas in the brain are active which are involved in motor skills," she says.

"If you were imagining kicking a ball, the areas of the brain associated with foot movement would be more active."

It effectively "primes" your brain, giving it "extra opportunity to practise".

"It is any time you experience anything in your mind's eye," she says. "People use it pretty much any time where you need to prepare for something where you might be under pressure".

Whether it is asking your boss for a pay rise or preparing for a presentation, she says imagining the situation in multi-sensory detail can be useful.

And she also adds that people often use it before something like going to the gym: visualising putting their gym kit on can help with motivation. 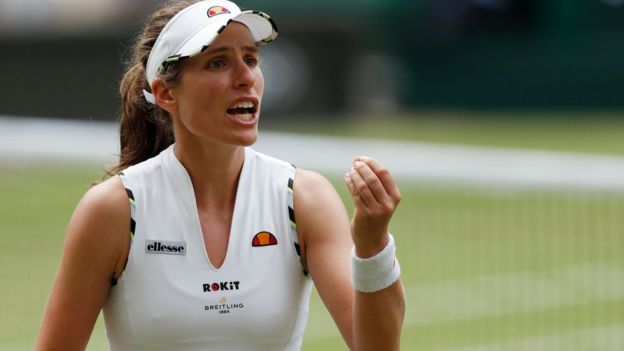 She adds: "The best imagers are like watching yourself on HD television. They can feel their muscles activating, feel the touch of the tennis racquet, feel their heart beating, their emotions, their sense of excitement of confidence."

In a 2017 academic paper on psychological imagery in sport, researchers called it "undeniable" that imagery was a "powerful psychological technique".

But, they added: "Less is known about the potential negative consequences of imagery", even suggesting there might be a "dark side to imagery".

It cited one study which showed imagery to have a negative effect on golf putting performance under certain conditions.

Can You Train Your Brain To Build Muscle Or Achieve Your Ideal Physical Goal!

How to Use Visualization to Achieve Your Goals